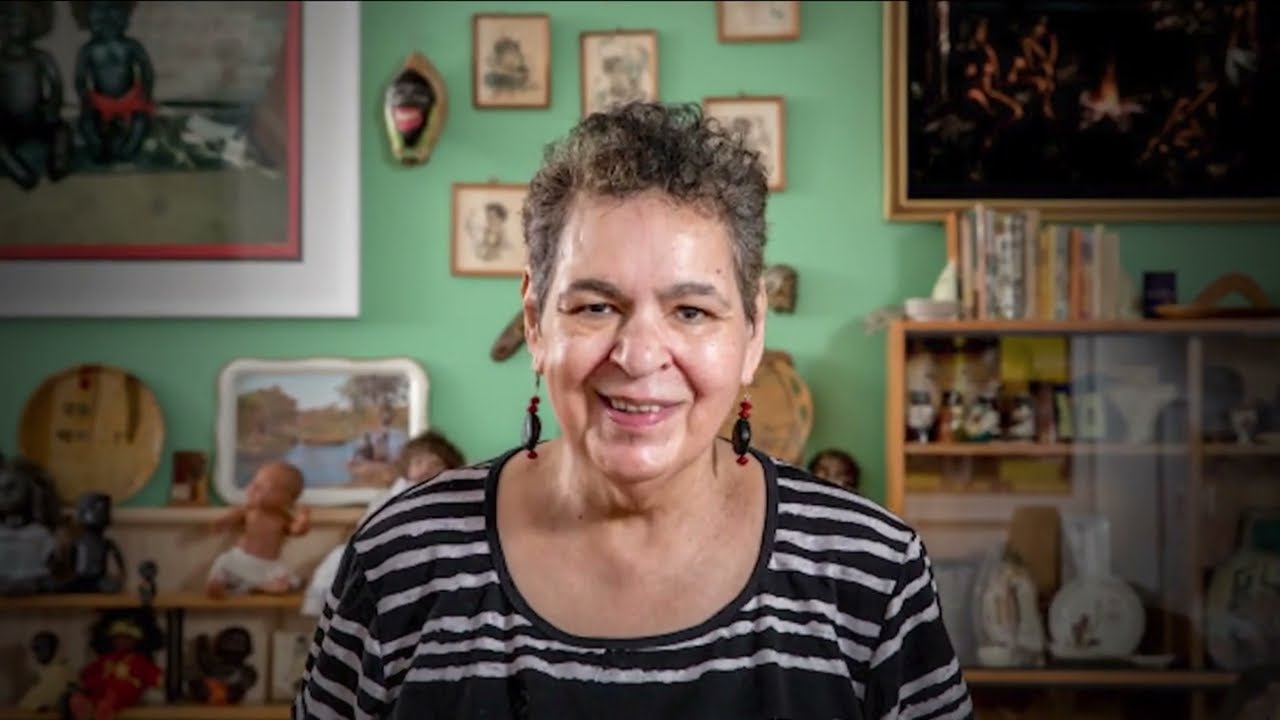 The recipients of the 2022 First Nations Arts Awards were announced during a special event streamed online and on National Indigenous Television (NITV).

The First Nations Arts Awards are delivered by the Australia Council for the Arts each year on May 27, marking the anniversary of the 1967 referendum and the start of National Reconciliation Week.

The awards also acknowledged the many First Nations artists to receive awards throughout the year, including:

Stephen is a descendant of the Nunukul people and the Mununjali clan of the Yugambeh Nation from South East Queensland. In 1991, Stephen was appointed Artistic Director of Bangarra and has developed a signature body of works that have become milestones in Australian performing arts.

Stephen continues to reinvent First Peoples storytelling within Bangarra and through collaborations with other performing arts companies. He directed the Indigenous sections for the 2000 Sydney Olympic Games Opening and Closing Ceremonies and created a significant dance work for his dad’s People, the Munujali clan of the Yugambeh Nation, as part of the Gold Coast 2018 Commonwealth Games Opening Ceremony. Stephen has choreographed over 27 works for Bangarra. His most recent works include the Helpmann Award winning work Bennelong in 2017 and the work Dark Emu in 2018, choreographed together with former Bangarra dancers Daniel Riley and Yolande Brown, and which went on to become one of the most successful productions in the history of Bangarra.

Stephen’s first full-length film SPEAR premiered at the Toronto International Film Festival before screening at various arts festivals around Australia in early 2016. He has also co-directed and choreographed the documentary FREEMAN (2020), directed the chapter Sand in the feature film The Turning (2013), and choreographed the feature films Bran Nue Dae (2009) and The Sapphires (2011).

In 2015 Stephen was awarded an Honorary Doctorate of Creative Arts by the University of Technology Sydney. In 2016, he received both the NAIDOC Lifetime Achievement Award and JC Williamson Award. In 2017, Stephen was honoured with the Australia Council Dance Award for significant contributions to the cultural and artistic fabric of the nation, and was appointed an Officer of the Order of Australia (AO).

Destiny Deacon was born in 1957 in Maryborough Queensland. Since the 1990s Deacon’s work has been primarily involved with performative photography, exploring Indigenous identity with provocative and humorous imagery that mocks and satirises clichéd and racist stereotypes often with her collaborator, Virginia Fraser.

Partly autobiographical and partly fictitious, Deacon’s work is intensely disturbing and disarmingly comedic with domestic scenarios that tell tales of dispossession and alienation featuring her trademark black dolls and Aboriginalia or vast collection of Koorie kitsch. In 1991, she staged an exhibition Blak lik me using the term “blak” as an act of defiance, taking the “c” our of black and reclaiming the term.

Deacon completed a Bachelor of Arts (politics), 1979, University of Melbourne; Diploma of Education, 1981, Latrobe University and in 2019, she was awarded Doctor of Education (honoris causa) from Latrobe University. In 2018, Deacon was awarded the Yalingwa Fellowship and in 2009 she received Visual Artist of the Year, The Deadlys, National Aboriginal and Torres Strait Islanders Award. In 2010, she was Director of the Salzburg International Summer Academy of Fine Arts.

A graduate from NIDA, Brittanie is a singer, actor and storyteller. After studying acting in New York, Brittanie returned home to pursue her passion for new Australian work. This has seen her workshop many original theatre projects, most notably Muriel’s Wedding and Evie May.

Some acting credits include the Arbiter in Chess, Kay in The Sapphires, Fanny Brice in Funny Girl, and various roles in Sport For Jove’s Othello and Rose Riot. As a creative, Brittanie has written for ABC Radio National’s short stories, Little Yarns and articles for SBS. A resident writer for Theatre Works, her play SENSER will debut later in 2022. Currently, Brittanie is developing her Gumbaynggirr musical Yellow Rock which which has already received the APRA AMCOS Award of the year, as well as the Koori Grant from Create NSW.

Her play A Letter For Molly was a semi-finalist for the Rodney Seaborn Playwrights Award, and debuted at Ensemble Theatre under the directorial helm of Ursula Yovich.

Jazz Money is a poet and artist of Wiradjuri heritage, a fresh-water woman currently based on Gadigal land. Her practice is centred around the written word while producing works that encompass installation, digital, film and print. Jazz’s writing has been widely performed and published nationally and internationally.

Jazz’s debut collection of poetry, ‘how to make a basket’, was released in September 2021 with University of Queensland Press.

Emma Donovan is an acclaimed First Nations Australian singer and songwriter best known for her work with soul band, The Putbacks and The Black Arm Band project.

She has also toured and recorded with Archie Roach and Ruby Hunter, Spinifex Gum, Christine Anu, Yothu Yindi, Jimmy Little and Paul Kelly among others.

Emma started her singing career at the age of seven, appearing in family band The Donovans.

In 2004 Emma released her first solo album Changes and then in 2009 an EP Ngaaranga.

From 2007 until 2018 Emma was part of The Black Arm Band and their Murundak show, which reproduced iconic songs of the Aboriginal resistance movement in a theatrical setting.

In 2015 Emma began her ongoing collaboration with Melbourne combo The Putbacks.

Emma and The Putbacks released Crossover in 2020 with Hiatus Kaiyote producer Paul Bender and their most recent album is Under These Streets, a special commission with City of Melbourne as part of their Flash Forward project.

With this First Nations Arts and Culture fellowship, Emma Donovan will produce a new solo album, featuring songs for children in traditional language.

In May 2021, Brodie’s play Soul of Possum was premiered at the YIRRAMBOI Festival, directed by Beng Oh, with dramaturgy by Declan Furber Gillick. In March 2021, Soul of Possum had four public readings at the Castlemaine State Festival. Brodie performed the role of warrior, Dindi in the YIRRAMBOI Festival season. While in Perth, he wrote the short play Billy’s Choice as a member of the Yirra Yaakin Writers Group (Yirra Yaarnz 2020 play reading series). Billy’s Choice debuted at Melbourne Fringe, adapted for film by cinematographer Davide Michielin, directed by Rachael Maza, with dramaturgy by Geoff Kelso. Brodie performed the role of Billy, alongside actors Corey Saylor-Brunskill and Dion Williams. He is a YIRRAMBOI commissioned Artist, and the recipient of the Sidney Myer Fund, Creative Victoria, Fringe Show Support and City of Melbourne Arts Grants.

He was also a writer for ILBIJERRI’s ‘10 in 10’ 2021 script commissions, with his short play ‘Brothers’. Brodie has been commissioned by Deadly Fringe to create a new work, which will be premiered at the 2022 Melbourne Fringe Festival. He is an Alumni of the MTC First Peoples Young Artists Program and was a Castlemaine Festival Artist-in-Residence.

Hayden Ryan is a Yuin man from the far south coast of NSW, currently living in Melbourne. He recently completed a Bachelor of Arts in Music Industry at RMIT University (2021) and has a deep interest in multichannel sound design and acoustics.

He has taken part in a number of career development opportunities in Australia and internationally and is currently commissioned by McClelland Sculpture Park and Gallery, to design a localised soundscape with First Nations voice for an upcoming installation.

He is a Creative Consultant at Kennell&Co, an equity-focused, Impact Consulting and Strategy Firm owned by Zenadth Kes woman Kerry Kennell; a research assistant for ANU’s CAEPR; a team member at Ngarrimili; and student mentor for RMIT University’s Schools Network Access Program (SNAP).

The career development grant will assist him to study a Master of Music in Music Technology in New York, developing skills and knowledge surrounding multichannel and spatial audio, acoustics, and music programming, and contextualise these skills in relation to First Nations sound.

The First Nations Arts Awards recognise and celebrate the outstanding work and achievements of First Nations artists. The awards presented on the evening are:

The Awards also acknowledged the many First Nations artists who have received other Australia Council awards in the last year including:

The Dreaming Award was established in 2012 to support an inspirational young artist aged 18-26 years to create a major body of work through mentoring and partnerships. The mentor/partner will be another established professional artist or arts institution nominated by the artist.

Past award recipients include:

Past award recipients include:

Australia Council Fellowships are offered once a year and peer assessed by a panel of experts from within the relevant art form. The Fellowships, each worth $80,000 support creative activity and career development for mid-career and established artists for up to two years.
Past award recipients include:

Applications close at 3pm AEDT on the closing date.

The Dreaming Award recognises an inspirational young artist aged 18-30 years and supports them to create a major body of work through mentoring and partnerships, either nationally or internationally.

Nominations close at 3pm AEDT on the closing date.

The Space In Between

The Space In Between

Watch Time | 2 mins Event Date: 12 April 2019
To develop the conversation, the Australia Council for the Arts hosted, The Space in Between, a discussion on the future of creativity and the arts, as part of Vivid Ideas.
Load more results